Threat Scenarios is proud to present our second Tactical Handgun Match at the Linden Gun Range in Linden, CA on September 29th, 2019.  This exciting event will feature a variety of situations designed to showcase your shooting skills.  Each course will feature a 180 degree field of fire, multiple positions, as well as target engagement from behind cover and on the move. Come shoot Sunday! 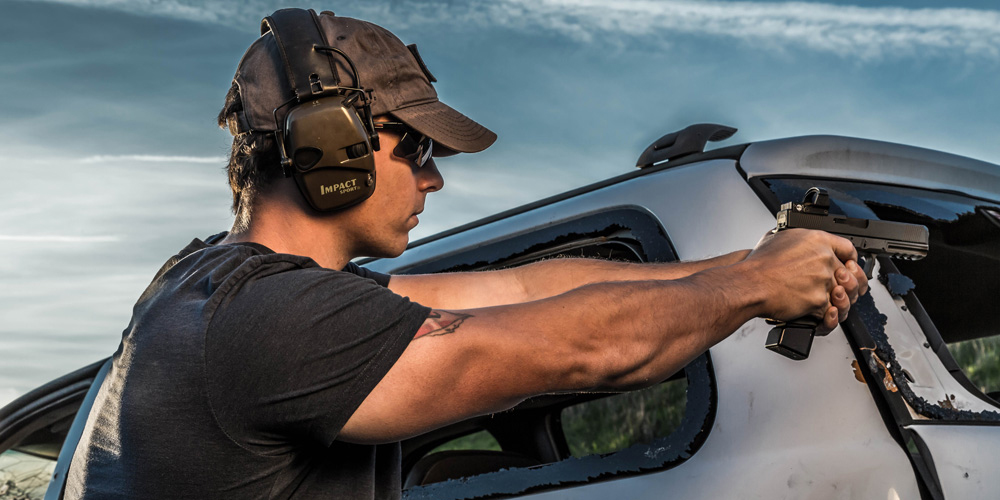 Neutralize paper and steel targets with speed
and accuracy. Fire and move. 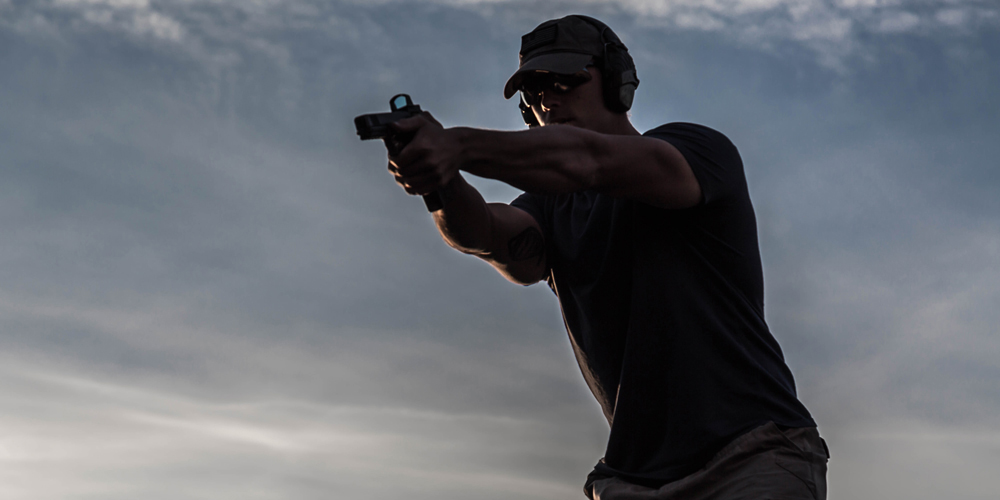 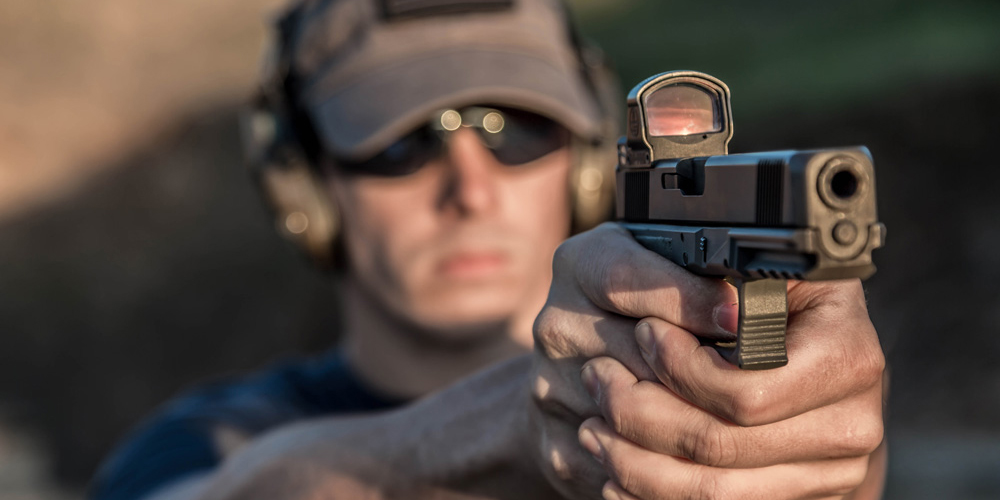 Simulate pressure situations by pushing to finish courses of fire under the clock.

The full match fee will be refunded to the top placing finisher.

All team members of the best performing team will receive a full match refund.

One random draw winner will receive a mystery prize at registration!

The Tactical Handgun Match was designed to test skills related to defensive shooting. These skills include:


Gates open at 8am. Mandatory shooter's meeting at 9am. First shot at 9:30am. We anticipate the day's competition going until approximately 4pm.
While we believe that good physical fitness is important to defense, it is not the goal of this match to test your strength or stamina "on the clock." We will require you to perform various movements like sprinting or dragging/carrying an object like a dummy or briefcase. However, this is primarily a match of shooting skill.

No special protective gear (like kneepads or gloves) is required.
If you have never shot in competition before, you are welcome to attend this match. If this is your first match, please consider the following:


If you have had no previous organized training, we require you to have completed a competition preparatory course prior to participating in the match (such as the Linden Gun Range New Shooter Course).
We will make every effort to accommodate your disability. We may apply various time based rule modifiers according to your ability to shoot the stages. Please Contact Us HERE to explain your situation.
There will be a BBQ food truck on site to provide lunch. Lunch must be paid for separately and on-site during match day. We request that you indicate during your registration whether you plan to buy or bring your lunch so that the BBQ truck can plan their supplies accordingly.

Linden Gun Range is a COLD RANGE. This means that all firearms must be unloaded at all times, except while under the direct supervision of a range officer. Magazines must be kept out of the firearm, and hammers must be down on all holstered firearms.

When you arrive at the range, your firearm must be UNLOADED in a closed case. After match registration, you will be directed to one of many SAFE AREAS in which you can unbox and holster your unloaded firearm (with the hammer down and no magazine inserted). SAFE AREAS are the only places where you are allowed to handle your firearm without range officer supervision.

No handling of ammunition is allowed in the SAFE AREA.

Violation of any range safety rule at any time will result in match disqualification.
When your squad approaches the stage, you will be given a stage briefing which explains what to do, and you will have five minutes to walk through and inspect the stage. There will be no surprise stages, and the expectations of the stage will be clearly laid out. You will then form a shooting order.

When you're not immediately up next on a stage, you are expected to help tape, paint, and reset targets.

When it is your turn to shoot, the range officer will issue you several commands which you will follow prior to beginning the stage.

The handgun "ready condition" will be specified in the stage briefing, but generally will require either the hammer to be down (DA) or a thumb safety to be engaged (SA) on firearms with external hammers (striker fired handguns do not require external safeties to be engaged).

When it is your turn to shoot, you will be called up by the range officer and directed to do the following:


While the Tactical Match contains stages which require real world skills, it is still necessary to institute several safety rules which are universal to any practical shooting range. During the course of fire, if the participant does any of the following, it will result in an immediate disqualification:

You can use any safe/reliable semi-automatic handgun chambered in 9mm (MINOR power factor), 10mm, 40S&W, or 45ACP (MAJOR power factor) which is suitable for everyday use.

MINOR and MAJOR handguns compete in the same division, with MAJOR being given a scoring advantage due to increased recoil.

Power factor is calculated by the weight of the bullet in grains multiplied by the velocity in feet per second / 1000. (180gr bullet travelling 1000fps = 180PF) Our power factor floors are:


Yes. Regardless of your actual magazine capacity, any magazine used during the course of fire must be loaded to no more than 10 rounds. Guns may start in 10+1 configuration (10 in the magazine, with one in the chamber).
You should bring at least three magazines with a 10 round capacity, or four magazines with an 8 round capacity. We recommend beginning each course of fire with 30 rounds on your person.
Holsters are required. We also recommend a sturdy belt. You may use any everyday carry holster (such as hip or thigh mounted, or IWB) except for one which will cause you to sweep your body or point the muzzle uprange during the draw. Examples of illegal holsters include appendix carry, chest mounted, shoulder, or cross draw holsters. Race holsters (such as ones which only cover the triggerguard) are also not allowed.

Holsters do not require retention features to be enabled (and we recommend that Serpa buttons be removed for safety reasons). You will not be moving much from the start position with a loaded and holstered firearm.
Magazine pouches are recommended, but not required. They may be of any type and mounted on any location of your body, provided that you can access them safely. You can even use your pockets. Magazines must be contained in either a pouch or your pockets, and may not be mounted via tape or magnets.

A single pouch capable of carrying two 10 round magazines will be enough for this match.
Absolutely! All positions are designed to be 8 round neutral (although 10 rounds in the gun allows you to miss more). Additionally, higher power cartridges are given a scoring advantage.

You should bring at least 4 magazines if each magazine only holds 8 rounds, or 5 magazines for a 7 round magazine capacity.

The match is scored using time plus penalties. Sound activated timers will record your shots as they're fired. Your time will be your last shot fired. Penalties will be added to this time as necessary. The fastest overall time for the match wins.

We will use standard IDPA torso targets for the match. Each target has three scoring zones: -0, -1, -3. (Click HERE for an example.) For the sake of simplicity (and to avoid confusion with the scoring zones), we will be referring to those scoring areas as -0 = Alpha, -1 = Charlie, -3 = Delta.

Each Failure to Neutralize (FTN) will incur a 3 second penalty.

Some stages may require three shots to the target (two to the body, and one to the head). In this event, a miss on the head will also result in a Failure to Neutralize penalty.

All courses of fire will be clearly laid out in advance to the competitor, including the order of shooting positions and various stage requirements (such as dragging a dummy with one hand while shooting).

Procedural Penalties will be assessed for:

Targets may be engaged in any order from shooting positions within the fault lines, unless specified by the stage description. For example, a competitor may choose to engage targets from right to left, or left to right. Stage descriptions may specify a certain order for target engagement (e.g. two shots to the body on each target, then one shot to the head on each target).
The use of cover will be simulated by barricades, vision barriers, and fault lines. However, targets may be engaged in any way from within the specified shooting areas. Shooters will not be required to slice the pie, or to memorize an engagement sequence or some sort of pre-determined "tactical priority." The exception to this is if a target engagement sequence is specified in the stage description (see above).

Stages will be designed in such a way that an efficient tactical approach to a target array will likely be the fastest. An example of this is a shooter engaging targets as they become visible as he or she rounds a piece of cover. Shooters will also never run past open, non-neutralized targets.
There are no restrictions on handling your magazines after the start signal. Competitors may manage their ammunition as they see fit.
This match is designed to test your skills to hit targets with speed and accuracy under pressure. Many of the things you will be doing on stages (such as shooting around vehicles) are the same things you would do in a defensive drill. The scoring system reflects your level of gunhandling proficiency and gives you a barometer to compare yourself with others.

If you are interested in focusing on tactics such as slowly slicing the pie, assessing threats, and communicating, we highly recommend that you register for one of our force-on-force classes where you will experience return fire from roleplayers. However, we find that skills gained from diverse live fire training often transitions very well into the shoothouse.
Register as a member of a three person team. When you're done shooting the match, your times will all be added together to create your team score.

Yes, if you would like to shoot the match for no overall score, you are welcome to do so. In this case, you will receive a copy of your scorecard but your overall time will not be publicly posted with the remainder of the match results. You will still be eligible for random draw prizes (but not performance prizes from the main match).

If you would like to shoot for no score, just click the relevant button during the registration process.

Bookings are closed for this event.